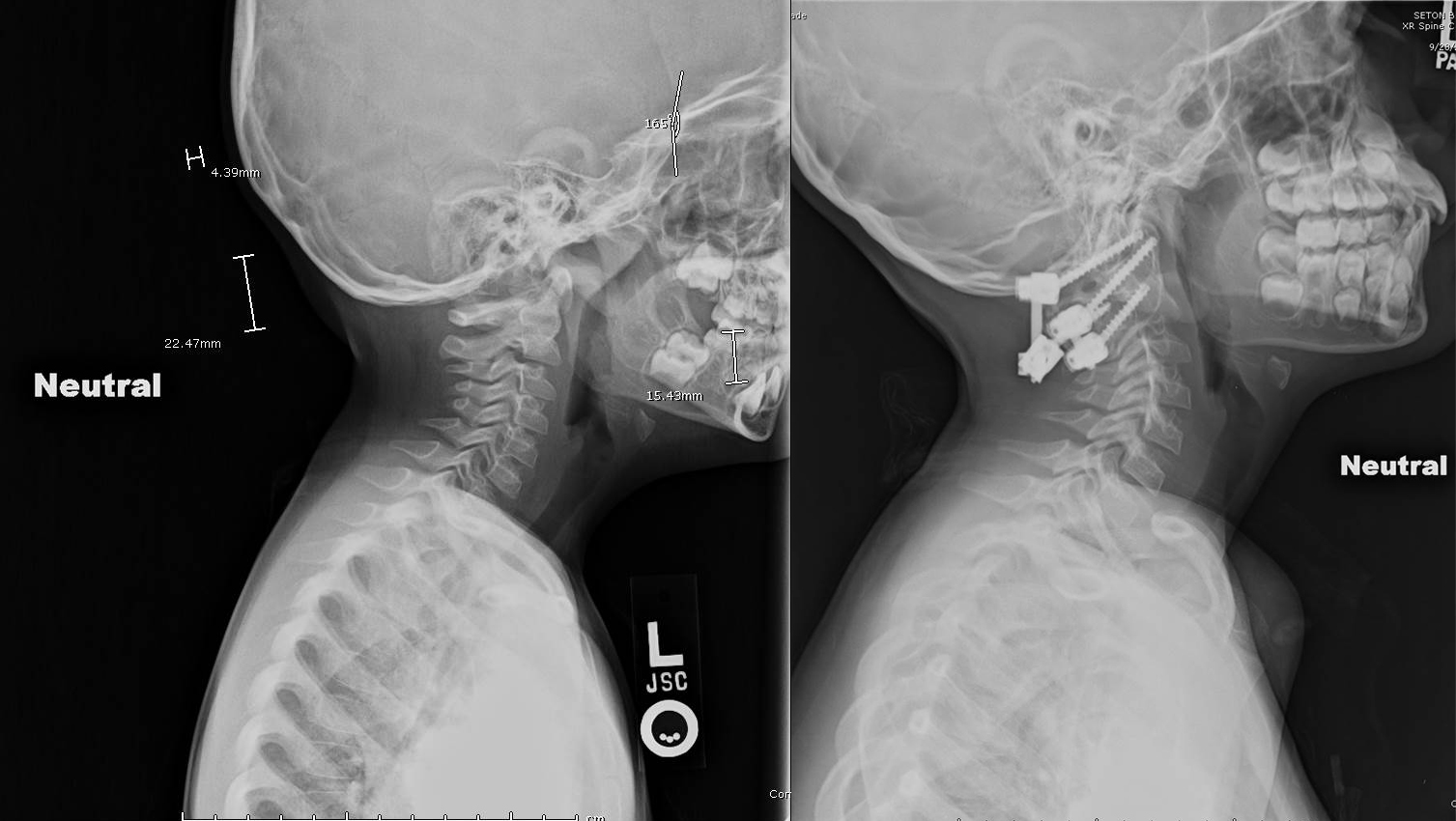 We have extensive experience with craniocervical problems in the setting of achondroplasia, Morquio’s Syndrome, other skeletal dysplasias, Ehlers-Danlos, C1 assimilations, congenital basilar invagination, platybasia, and all manner of fractures, instabilities, deformities at the craniocervcial junction.

In addition, we also have extensive experience with Klippel Feil syndrome, pediatric cervical stenosis, and other sequelae of congenital abnormalities of the neck in children and adolescents.

C1 fracture with edema in the C1-2 interspace. 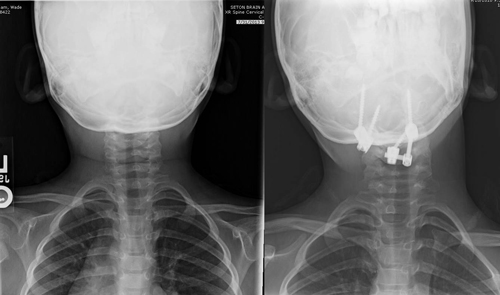 Sustained a fall from 6ft and hit his head January 2021, developed neck pain. CT and MRI were negative for acute abnormality. He did fine until about March 2013 after falling from standing and possibly hit his head/neck and developed neck pain, however neuro intact, which is when he presented to our office as a new patient. On review of previous imaging, it appears he had a small occult C1 fracture where the normal growth plate is and some edema in the C1-2 interspace on MRI and turning into os odontoideum. He was observed closely because he was intact neurologically, but over time developed some instability at C1-2 and underwent surgical stabilization. He was last seen in 2018 doing very well.