The Ponte procedure is a less invasive, single approach to Scheuermann's Kyphosis or Severe Scoliosis, in which small osteotomies are made in the spinal segments in conjuction with reliable segmental fixation such as pedicle screws. This allows the treatment of complex or severe spinal deformities from single posterior approach.

Pre-operatively, the spine has a severe kyphosis/roundback (1A and 1B). First little cuts (Ponte Osteotomies) are made at each spinal level that has kyphosis (2A and 2B). After screws are added (3), the rods are placed (4) and the kyphosis corrected (5). 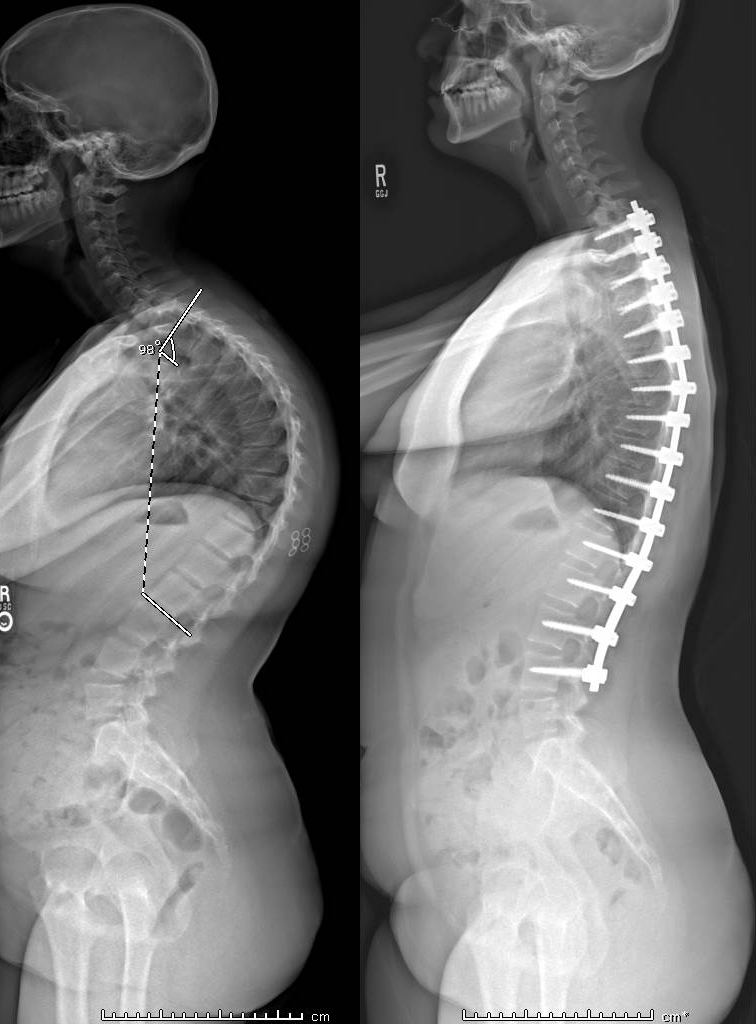 This 13 year old girl with severe kyphosis/scheuermanns disease presented with severe physical and cosmetic deformity and apex pain over the kyphosis. She had a Ponte Procedure: T2-L4 posterior spinal reconstruction, posterior column ostetomies (Ponte osteotomies). Her kyphosis corrected from 98 degrees pre operatively to 45 degrees (normal). 6 months later she is back to her normal life, 3 inches taller, and actually more physically active now that her pain is gone.